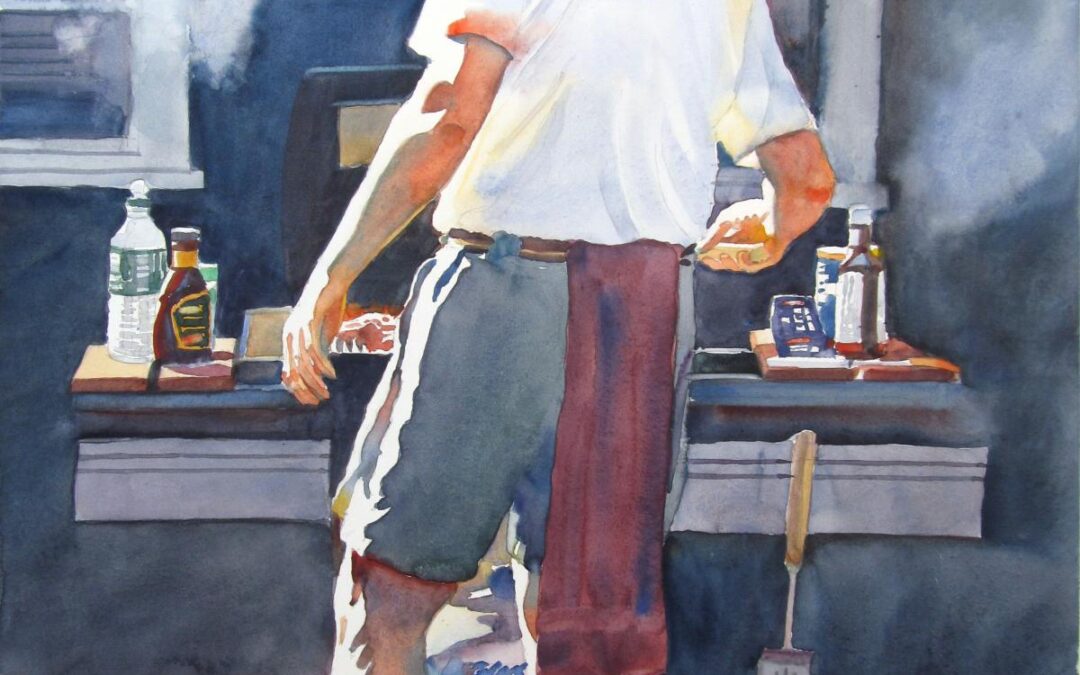 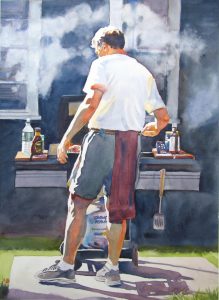 Long overdue for realization, this view of Bill shows my youngest brother engaged in a favorite activity of barbecuing, amidst an aura of hazy smoke. He was grilling during a summer’s day in the backyard, and his presence evinces memories of good family times at our parent’s homestead.

In this casual, back-lit gesture, the qualities of light illumine the vapors from the grille, the top to bottom contours of my brother’s body, the variety of bottles and tools on the shelf, as well as a glimpse of the cooking food. The sidelight also casts strong diagonal shadows that contrast with Bill’s vertical stance and is punctuated by the horizontals of the smoke, grill, landing and green grass.

Cooking is an attentive art, nearly meditative, and the gesture suggests a humble union with the food and the cooking process. That relaxed engagement Bill has in this moment also speaks to our blood and family bond – symbolized by a faint gold halo added later; which is also a gesture to our Catholic upbringing.

The watercolor was begun as a demo for the New England Watercolor Society, at their annual signature members’ show; and was completed in studio. The painting is my form of deep gratitude for Bill’s gift of a trip to Italy many years earlier; but also for my youngest brother’s continued generosity in numerous family matters.